If you haven’t sold your old-crop soybeans yet, do you know what you’re waiting for, or are you just waiting?  Do you have a target, or is it just “more”? Cash soybean prices have been trending up since early-harvest lows, which really shouldn’t be all that surprising, but at this point I think it’s time to put some thought into an exit strategy.  But soybean prices are too low, right?  What if the trade war is resolved?  I think the problem here is a matter of expectations… 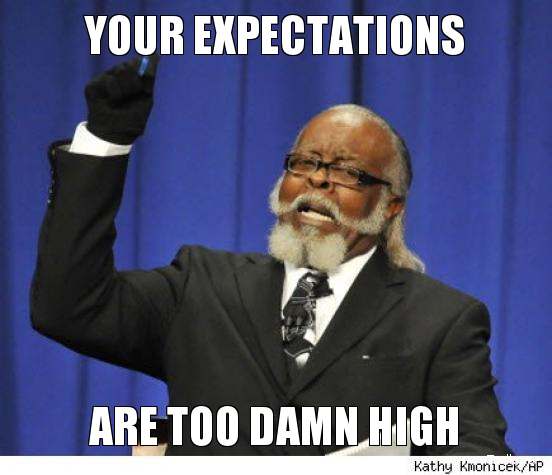 I like to use “analog year” comparisons to help me set expectations for grain prices.  Analog year analysis is a lot like “seasonal” price forecasting methods, and simply consists of using price curves from similar years in the past to make estimates of how prices will change in the future.  So what previous years were most similar to this year?  I think the defining feature for the current situation is the expectation of a nearly 1 BILLION bushel carryout, which is estimated to be >23% stocks/use.  Does anyone even remember what it was like to have that many soybeans laying around?  You have to go all the way back to 1986 to find the last year with stocks/use >20%!

The following chart compares the post-harvest HIGH price relative to the final stocks/use ratio.  Since many of the prices in that chart are >25 years old, I don’t think the chart is implying futures should be at $6.00 (hello, Richard Brock?).  However, I don’t think the trend has changed, and it’s not your friend this year.  Based on this chart, unless the final stocks/use ratio comes down substantially, I don’t see any fundamental reason why the market needs to rally at all from current prices.

So what about analog years?  The following chart shows nearby cash soybean prices (assuming constant basis) from October 1st through last Friday (solid red line), projected forward using the average price change for all years in the past 20 where stocks/use ratio was >10% (red dashed line), i.e. my analog years.  The dashed green line shows the projected price trend using the top third price changes among all years in the past 20, and the solid grey line shows the “worst case scenario.”  Based on these curves, along with what we saw in the previous chart, I think that somewhere within the next 10-20 cents is probably about as good as it gets.

If you’re having trouble coming up with a plan, why not divide the balance of beans you have left into, e.g., four buckets, each with about 1/4 of your old-crop beans using targets similar to the following:

Bucket 3) PUT IN A SECOND TARGET for another 25% at $8.74 for JULY delivery.  The goal here is to get these sold when/if a major Trump/Xi trade agreement is announced.  If Buckets 2 & 3 aren’t sold by March 28th, maybe just sell them in advance of the “Planting Intentions” report (on March 29th).

Bucket 4) I always like to put a “stretch” target on the last 25% Bucket, in this case something like $8.99 for JULY delivery.  You can lower the target later if that turns out to be too rich (which it probably is), and plan to have these gone BEFORE June 1st.